After getting my passion for video games back, I found my curiosity about other systems increasing. I’d always been someone who owned the more popular consoles in the UK (Master System, Mega Drive and Playstation) but going back to the Mega Drive and away from mainstream gaming got me thinking about other game systems. There was always a system that fascinated me and 2002 was a good time to buy one…

The N64 had always fascinated me. I’d never had much time for Nintendo previously. Apart from a Game Boy, I’d never owned a Nintendo system before and I’d only played the NES in my Grandad’s house every now and again. I’d barely played the SNES and didn’t consider the N64 when looking past the Mega Drive. 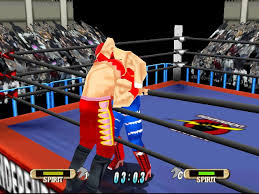 I remember that day clearly. I had gone into St Helens’ market, in one of the shopping centres, as I wanted to check out the video game store near the back. The store had an N64 running WCW/NWO World Tour and I was blown away, to the point of watching someone else play it for 20 minutes. I loved the big sprites, the battling on the ring apron, the tag matches…After that, WCW vs The World lost a lot of it’s magic…I’d seen that there were better wrestling games out there, albeit I had no way of purchasing an N64. The likes of Wrestlemania 2000 and No Mercy intrigued me but I had no way of playing them. I had no friends with an N64 nor could I afford one in high school. 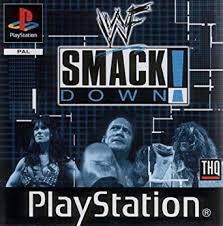 I pushed the thought of an N64 away for a few years – the WWF Smackdown series distracted me from thinking about AKI’s N64 wrestling games and life went on…until 2002 and my new found retro game obsession. By October 2002, I had started university in Liverpool. Most of the first month was spent hanging around Liverpool City Centre, idly shopping and hanging with friends. To be honest, most the first year of university was spent doing this – I took a while to grasp the concept of ‘individual learning’ and just about scraped through the first year.

One of the things I noticed in Liverpool City Centre was second hand N64’s in Gamestation, a shop I would come to spend lots of money in over the next few years. I wasn’t sure whether to get an N64 or not, but I decided to make the plunge when I saw some AKI wrestling games available unboxed for £5 each. See, this was a time period when retro gaming and collecting wasn’t really a thing. The likes of Gamestation had a ton of old stuff that they wanted to get rid of. Nowadays, game shops have clocked onto the value of old games and charge an arm and a leg for them, regardless of how rare they actually are. Back in 2002, Gamestation were just selling things to get rid of them, not to make a profit

My purchase of the N64 was a great example of this. Let me break the purchase down with an comparison of 2002 and 2018 prices. All items are unboxed.

Looking back, it’s ridiculous to see how much prices have gone up. It’s also ridiculous to think how I felt at the point of purchase – I genuinely felt I had spent too money! In hindsight, it was a bargain albeit not one I appreciated at the time. I only really played the wrestling games to be honest – I couldn’t get into most of the other games. In hindsight, I wish I had given those games more of a chance. As an aside though, I think Mario Kart 64 is one of the most overrated games ever – the AI is cheap, the graphics haven’t aged well and some of the tracks (looking at you, Rainbow Road) are rubbish.

I had the N64 for a few years after – my obsession with it was trying to win the WWF Title with Jeff Jarrett on WWF Wrestlemania 2000 (something I could never do, but that’s a story for another day). Eventually, the N64 stopped working…I think moving it around during my various house moves broke the adaptor at the back. It was a shame as I had really enjoyed my years of playing AKI wrestling games on it. In hindsight, it was £17 well spent….

Next time, I’ll talk about one of my favourite consoles of all time and the console I owned for the longest period of time…

20 thoughts on “Recollections of a Retro Collector (Pt.2)”