I’m lucky enough to read lots of excellent stuff on WordPress, but the one post that’s stuck in my mind recently was a Gamer Confessions Tag by The Dragon’s Tea Party. I recommend you read it, I laughed very hard at her answers to points 1 and 10. Almost enough to forget she likes pineapple on pizza…

It also got me thinking…what would my gamer confessions be?

A game everyone loves that you can’t stand

I hate Worms. Absolutely, truly hate it. I think the reason for my hatred for Worms is being forced to play it for ages while there were better games available, like WWF Smackdown or Pro Evolution Soccer. Not just play the game, but spent hours changing the name of each worm to something ‘hilarious’, then use all the different weapons to see the ‘hilarious’ outcomes. Yet the whole silly game was taken super-seriously.

My friends’ games of Worms were painful to sit through…imagine bantertastic wackiness a la David Brent combined with the seriousness and dedication of a chess final played by two grand masters. When this happens on every play through, the game becomes a chore. Don’t start me on the 3D remakes either – same rubbish, but it looks a little bit better. Next!

A game that you love, but no one else seems to

I know I’m predictable, but I’ll go with Altered Beast. Yes, it’s sillier than a giraffe typing on a typewriter, but it’s a fun blast and I’ll take it over any serious modern day “40 hours plus DLC” nightmare. Also, Altered Beast has that classic ‘Sega’ feel to me, it’s something that I find very comforting…. 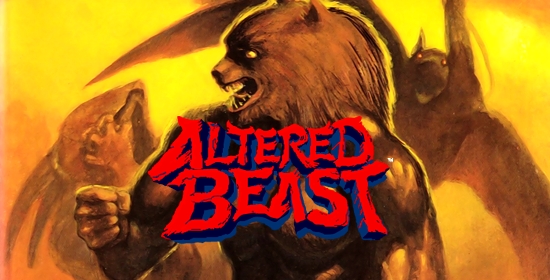 An older game you haven’t finished, and probably never will

I could probably write a month’s worth of posts on this subject. I would have said GTA III a year or so a go, but I’m determined to beat it. The game that comes to mind is Diablo on PS1. During the PS1 years, I really wanted to play PC games but my PC was in the kitchen (so no peace and quiet) and wasn’t particularly good. So I would try PS1 ports of PC games to try and fill that gap. Some were decent (Sim City 2000, Command & Conquer), some were awful (Descent, Hexen). However, Diablo was superb. I’m sure the PS1 version was nowhere near as good as the PC version, but I loved it at the time. I loved the sinister church and town game worlds, full of story and character. I loved scrapping for treasure and weapons and the randomly generated levels full of horrors were great. I loved the enemies (does anyone else remember The Butcher? He was usually the boss of Level 1). However, as I do, I got to Level 9 and got really lost…then gave up on the game completely. I still think about Diablo sometimes and feel sad that I never finished it, but I know that I’ll never go back to it…I’m never buying a PS1 again and there are other games that I need to beat before it. 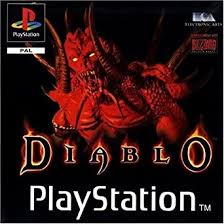 I don’t really have a guilty pleasure game any more – I dedicate my game playing time to playing games for writing blogs, so my time spent playing games is more focused. Even back in the day, I liked what I played and didn’t feel guilty about playing it.

If you mean a game I knew was naff but still lovingly played it, then I’d probably say Virtua Striker 2002 on the Gamecube. I played it all the way to the World Cup Finals losing only 2 games in 4 years (the European Championships final and the World Cup Final…well, I was England) despite knowing that it was a silly arcade football game where every goal is a forty yard screamer and the matches are 3 minutes long. I even got assigned a youth player (his name was Prince) who I had to integrate into my squad. I dedicated my time to including Prince into the squad, even though it made no difference to the gameplay at all. I can’t explain why I did it, but oddly, I don’t regret doing it…. 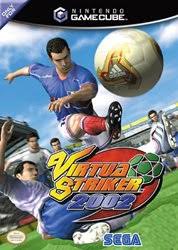 I adore Max Payne, but I’ve not played it for over ten years and I probably won’t play it ever again. It was the right game at the right time really – a dark, cynical film noir game about revenge while I was going through a bad break up and spending a lot of time on my own. I obsessively played Max Payne and it’s (inferior but fun) sequel in about three months and completely fell in love with the characters and settings. However, I know that nearly thirteen years later, Max Payne hasn’t aged too well…nor have I, to be fair. I just don’t want to go back to Max though and ruin what we had in the autumn of 2005…sometimes, the memory is better than the reality. 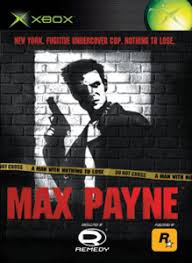 A game you never play seriously but others do

I’d say most online FPS, but especially Call Of Duty 2. Maybe I was just late to the COD2 party, but I never got into COD the way my friends did. While they were all experts who knew the maps and the guns off by heart, I was a bullet sponge who liked launching grenades and charging at enemies. I never felt like COD2 online was a game that had much depth to it, so I was never interested in learning how to play it. Anyone can learn spawn points and camp with a sniper rifle – that’s not fun to me though.  I still laugh when my friends dig out COD2…surely, in 2018, there can be nothing left to do in that game!

A game you completed but hated it by the end

Sticking with Call of Duty, I used to play through the single player modes before hammering the multiplayer. However, Modern Warfare 2 was doing my head in by the end. Too many twists and turns…it just wouldn’t end! I remember finishing the damn game – I pretty much ripped it out of the CD drive and threw it into the case, to be traded in as soon as possible!

A game you thought you’d enjoy, but didn’t

Watchdogs 2. Oh dear, did I hate Watchdogs 2. I gave Watchdogs 2 a chance as I like open world games and it was getting great reviews. I regretted that instantly and would trade it in a few months later. To avoid getting angry about it again, I’m going to just list the things that angered me.

I think you get my point… 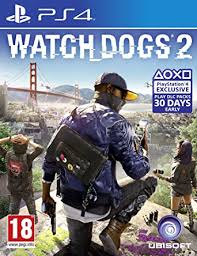 A game you didn’t think was for you, and then loved

Fallout 3. I think I’ve described why previously. It makes me sad that I’ll probably never experience the feelings of isolation and wonder Fallout 3 gave me again.

I hope you enjoyed reading that and I’d love to hear your confessions, either in the comments or as a post!